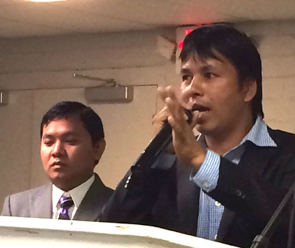 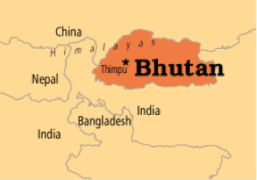 A mountainous Himalayan state between China (Tibet) and India. It contains 8 of the 10 highest mountain peaks in the world.

A new Nepal began in 2008, when absolute power of the Hindu monarchy finally ended. New freedoms and opportunities for Christian ministry are now possible. But deep divisions still affect society and the government faces severe economic and social problems. 13,000 died in the civil war, and many endure human right abuses. Pray for wisdom, courage and grace for all Nepali’s leaders.

Holistic ministry by foreign agencies powerfully demonstrates the love of Christ in practical and spiritual ways. The restrictive conditions for entry require authenticity and integrity. Their supportive role is invaluable – in hospitals, dispensaries, leprosy treatment, agriculture, education and assisting society’s most vulnerable. The United Mission to Nepal is the largest body, representing 24 agencies from 15 countries. The International Nepal Fellowship has 31 expatriate workers as well as over 300 Nepali staff, mainly in the west of Nepal. India also contributes largely to Christian work. Pray for vision, wisdom and humble faithful service for all working in Nepal.

The Nepali diaspora is officially two million, but the number of Nepalis illegally working abroad may exceed 10 million. Nearly every family in Nepal has at least one member working away from home. Most go to India, but Nepalis can be found in over 100 nations. Nepalis abroad are more open to the gospel than are those at home. Numerous churches are established among Nepali migrants, even in restricted-access nations. Pray that creative ways might be found to share the good news with these scattered peoples.

A small kingdom in the eastern Himalaya mountains.

Bhutan is one of the world’s least evangelized nations. The continued isolationist policies of the government combined with the highly significant role of the Buddhist monarchy further reinforce the hold of tantric Vajrayana Buddhism, complete with the strong occultic/demonic influence of pre-Buddhist Bon animism. Pray for true spiritual liberation for this land of the Dragon (Druk Yul). Pray for King Wangchuk and his salvation.

Media ministries are particularly helpful when witness within the country must be done cautiously. Pray for Scripture translation and distribution. Pray for the effective spread of Christian materials in the country and at the borders 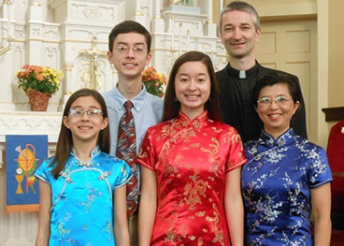 A mountainous island 160 km east of mainland China, together with the Penghu archipelago and the islands of Matsu and Kinmen close to the mainland. One of the world’s most densely populated countries.

Pray for the Paul family as they serve in Taiwan and transition from living in the United States to living and serving overseas. Ask God to be with and give strength to their oldest daughter Rachel as she begins her college studies in the fall and thus will not be in Taiwan with her family. Please pray for their two younger children Jonathan and Elizabeth as they adjust to being homeschooled overseas. Ask God to give Michael and Jen-Yi “Irene” His wisdom to use their limited time wisely with the countless opportunities to teach and serve the people in Taiwan.

Taiwan’s controversial and ambiguous political status – as a de facto independent state, yet a de jure renegade province of China – generates frequent tension, domestically and internationally. Claiming independence would almost certainly bring a hostile, even military response from China. Domestically, the focus is therefore on improving socio-economic conditions. Pray for wisdom for leaders and that peaceful and mutually beneficial relations might be established for the long term.

Support ministries for prayer: Christian literature. Much is now being published of both local and foreign origin. The Bible Society offers Scriptures in nine languages. Electronic resources – such as Scripture on mobile phones, the Bible in MP3 format and several Christian websites – are all vital tools for reaching the tech-savvy Taiwanese. Visual media. Christian agencies produce ever-more-professional material. Good TV and ORTV are on the leading edge of Christian broadcasting, producing and broadcasting excellent gospel material for the whole Chinese-speaking world.

Praise God for a new era of Christian growth after decades of little activity! Many new churches such as mega churches and house churches are growing and put more emphasis on prayer, evangelism and community outreach.

Pray for the church to overcome its current challenges. Many Taiwanese focus strongly on career and wealth, and on their children’s education. They have little time left for spiritual matters or for ministry. Ask God to pour out His Spirit to create a true hunger for Him. Believers need discipleship, but too few pastors or full-time workers exist to meet the need. Rural congregations suffer the most.

St. Johns, partnering with Open Sky Education will do Christ-centered community outreach that engages our community with worship.

"Saved to Share, Called to Care" is our motto at St. Johns.

St. Johns Lutheran Church is a diverse family of saved sinners, walking together in forgiveness. Motivated by Christ's love, we will share the Gospel and care for the needs of all people.